An Interview with Roger Eaton

Not content with getting to the top of one profession, Roger Eaton is starting to scale the heights of another. A successful stills photographer in the 80s and 90s, he has now started to accumulate an impressive list of credits in a variety of commercials and low budget features.

“My highlight as a stills photographer was probably doing the cover of Italian Vogue”, says Eaton, “and being surrounded by all my heroes as I did it. There’s something fascinating about really getting into your subject on an occasion like that.”

Drawing on that experience in his film work 43 year old Eaton is able to bring a fine attention to detail on the set, and a wide range of influences that have inspired his work to date.

“My past experience translates as a keen scrutiny for detail when it comes to composition and lighting,” he explains. “you see every single thing in a still and it has to be there to be examined. There is no room for any mistakes on that and that’s quite a good discipline to have. Also it’s very good for helping you deal with people, because I photographed people a lot, and I was therefore directing them a lot too. I think that’s very handy.”

Quoting Robert Frank and Joel Peter Witkin as influences on his stills photography, Eaton also admires the film work of Darius Konjdji, Peter Biziou and Peter Suschitsky. And while it might seem a slightly curious thing that he decided to focus on film after working so hard to make it in one artistic arena, Eaton sees it as a perfectly natural move.

“ I suppose once you’ve done something you’ve done it,” he shrugs,” so why go round the block twice” Once you’ve got close to the top of something, does that last nine yards really mean everything.

“Or is it a question of actually picking up something you feel very passionately about and starting again? My learning curve has gone through the roof in this profession. I’ve learned so much more by doing cinematography than I would have done by sticking to photography.

“Perhaps I always wanted to be a cinematographer. It was just the way I’d always seen photography, and it was a natural progression really. I might have been more successful if I’d have started earlier, but it’s nice to be successful and earn lots of money in your job. To cut it right back to zero was incredibly hard to do, but it was about adventure and being true to myself. I’ve no regrets at all.”

A similar kind of single minded determination has informed Eaton’s film work to date. Features include second unit work on Out of Depth as well as fully fledged DP credits on Cold Fish, Lava, Malevolence and Talisman – each struggling to find distribution in an increasingly stifled marketplace. But the work is good, and with a bit of luck the films should get seen.

Of the most recent, Cold Fish is a contemporary suspense which pitches a young production runner into a thriller about manipulation and power. He gets himself lined up for a video job with a pair of conceptual video artists, and thinks he’s manipulating the situation but finds out instead they are manipulating him.

Charged with photographing a film of this sort, Eaton relished the chance to manipulate his audience.” One aspect of making a thriller is pushing an audience around which is something I think Steven Spielberg does in many of his films. But he doesn’t give an audience any choice except where to look. He says ‘this is the experience you’re going to have and you will do that because I know how to do that to you’, and he’s a master at that.

“On the other hand, you’ve got a few films where it’s left a little bit more open to the audience to make up their minds as to which bit they want to pick up on, so therefore there’s a little bit more mystery in it, so it’s a bit more demanding on the viewer. Cold Fish fits into that category.”

Another, slightly more familiar, tale is Lava – a film very reminiscent of The Last Yellow, which showed in cinemas earlier this year. Inspired by the same seminal event, Lava is written, directed by and co-stars the prodigiously talented Joe Tucker, brother of Last Yellow writer Paul Tucker.

“My whole thing really is to get into the director’s head and then to make that into pictures,” laughs Eaton, “With Joe it was just a bit dangerous to get inside his head in the first place. He was a first time director, but one who had really done his homework incredibly well. That made it really easy to visualise what we wanted, it was just a question of what we could achieve with the time we had.”

A dark farce set against the colourful backdrop of the Notting Hill carnival, Lava had a tortuous history that saw Eaton being hired to film second unit footage on the famous carnival, only to be drafted into help out the main unit during a period of crisis.

“We got some fantastic footage doing all sorts of cross processing and some experimental stuff, some of which we did on Fuji, some of which we didn’t,” he explains. “I don’t know what happened next, only that they lost their DP and I was asked if I could help them out.

“It seemed obvious, I knew the script and I was keen to work with Joe. But in the meantime they’d also contacted someone else, Ian Liggett, and he came on board. I don’t know hoe all that happened.”

Shooting different portions of the film, Eaton & Liggett have pulled off a remarkable feat, photographing a coherent and enjoyable movie very well. For his part Eaton doubtless feels that this is another invaluable piece of his cinematic education, a move – as far as he is concerned – in the right direction.

“I love kind of inventing things,” he adds. “It’s lovely to come up with something, to put all the elements together and see something pop out. Sometimes you use an in-camera effect, there are so many things one has a t one’s disposal.

“It’s often a combination of them all. I think in a way one just has to be open minded about it. When you do that, it becomes really exciting.” – Anwar Brett 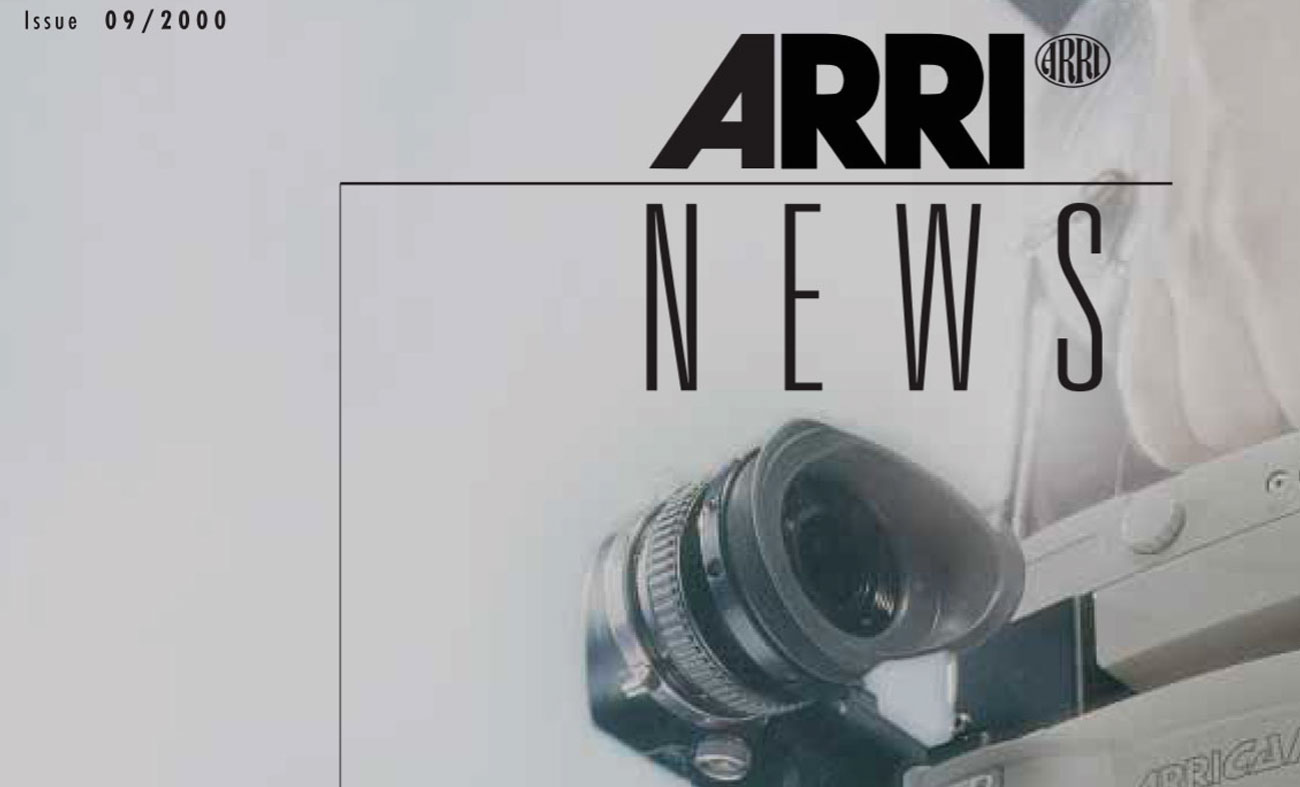 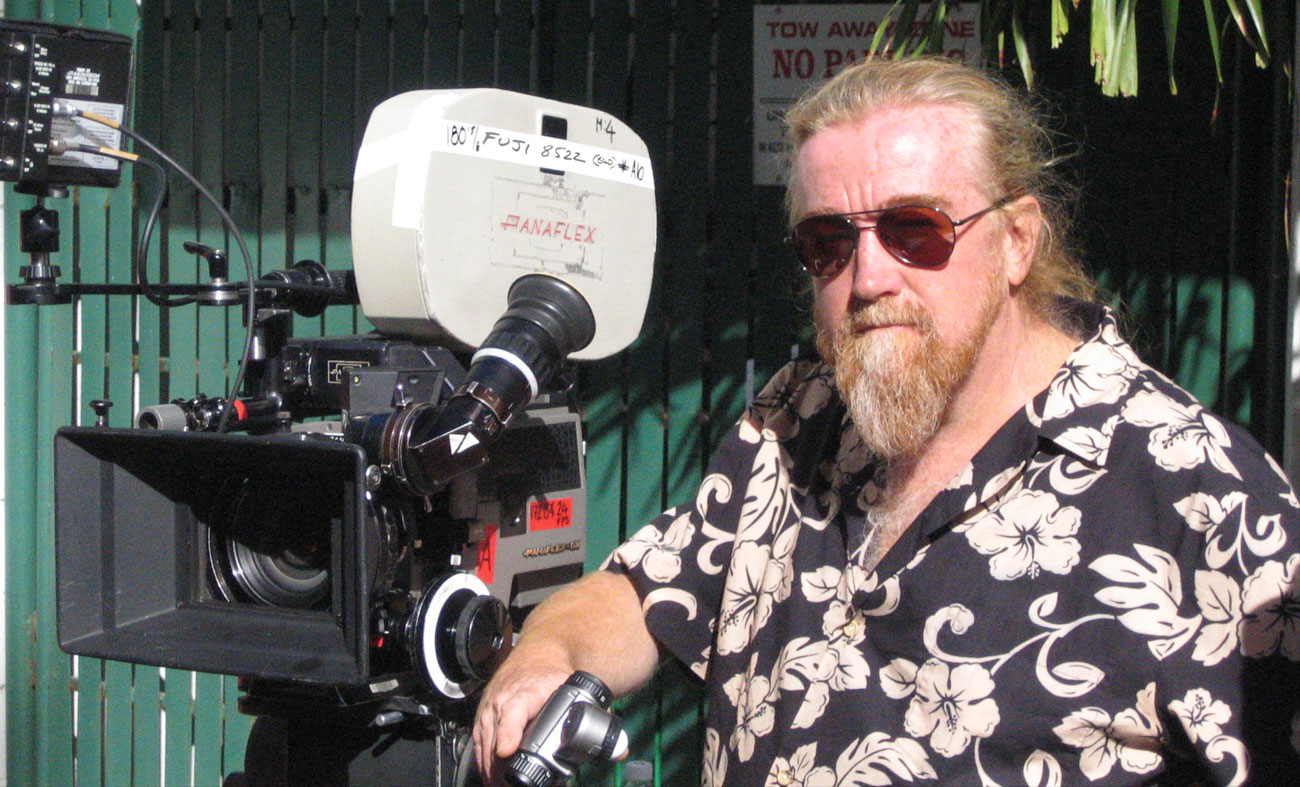